The Ties That Bind

The 2018 Johnny Cash Heritage Festival will include a a symposium, “The Ties That Bind,” consisting of film screenings and discussions from noon to 4:30 p.m. Thursday, Oct. 18, and public presentations from 9 a.m. to 4:30 p.m. on Friday, Oct. 19.  The “ties” embrace  the Great Depression, New Deal and agricultural programs that brought colonists together;  cultural touchstones that tied Dyess to other communities or to the 1930s-40s; influences such as the impact of earlier artists or contemporaries on Johnny Cash, or the influence of Johnny Cash on contemporaries or later artists.

All sessions are open to the public.   There will be no admission fee, but participants are asked to register for sessions in advance, utilizing the online registration form, to assist in ensuring adequate space. 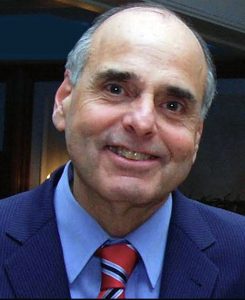 John Alexander is author of the recently released biography of Johnny Cash that explores the music legend’s life through his songs. “The Man in Song: A Discographic Biography of Johnny Cash,” was published in April  by the University of Arkansas Press.  Alexander,  a music journalist and historian, has spent years studying the life and music of Cash from his Arkansas childhood through his 2003 death. He began his career as an assistant professor of English at St. John’s University before moving on to a role as the senior music editor and producer for Reader’s Digest. In 2013, he joined Time Life Music as an artist and repertoire consultant. Currently, he is a songwriter, music producer and senior editor at The Brooklyn Daily Eaglein New York.

O Brother Where Art Thou

Screening and discussion of  iconic Coen Brothers film  “O Brother Where Art Thou,” set in Mississippi during the Great Depression.  Loosely based on Homer’s “Odyssey,” the movie deals with the adventures of Ulysses Everett McGill (George Clooney) and his companions who escape from a chain gang and attempt to recover  buried loot from a bank heist.   The  soundtrack includes 2018 Johnny Cash Heritage Festival performer Alison Krauss performing “Down to the River to Pray.”

This 2008 documentary is being presented In honor of the 50th anniversary of Johnny Cash’s Folsom Prison performance, In 1968, Cash’s concert at California’s Folsom Prison was recorded for a live album. Cash delivered one of the greatest performances of his life that day, full of empathy for the inmates that made up his audience.  The resulting album was a surprise hit, reestablishing Cash as one of country music’s most powerful and respected artists.

Measuring Johnny Cash’s Portrayal of the Inmate Experience: A Comparison of Cash’s “I Got Stripes” and Eldridge Cleaver’s Soul on Ice.  Jessica Kelleher, Le Moyne College

Ties Beyond Dyess:  Little Rock, San Antonio, and Beyond

Memories of a Lifetime

John Alexander, author of The Man in Song: A Discographic Biography of Johnny Cash.