The 2019 Johnny Cash Heritage Festival is pleased to announce that this year’s closing concert culminates with multiple Grammy Award winners Rosanne Cash and Marty Stuart. They will be joined by Joanne Cash, Tommy Cash, other Cash family children and grandchildren, and Arkansan Cory Jackson, Arkansas Country Music Artist of the Year.

The benefit concert presentation takes place Saturday afternoon, October 19, as the highlight of the three-day festival from Oct. 17-19 in Dyess, Arkansas. Saturday afternoon events will be from noon to 5 p.m. 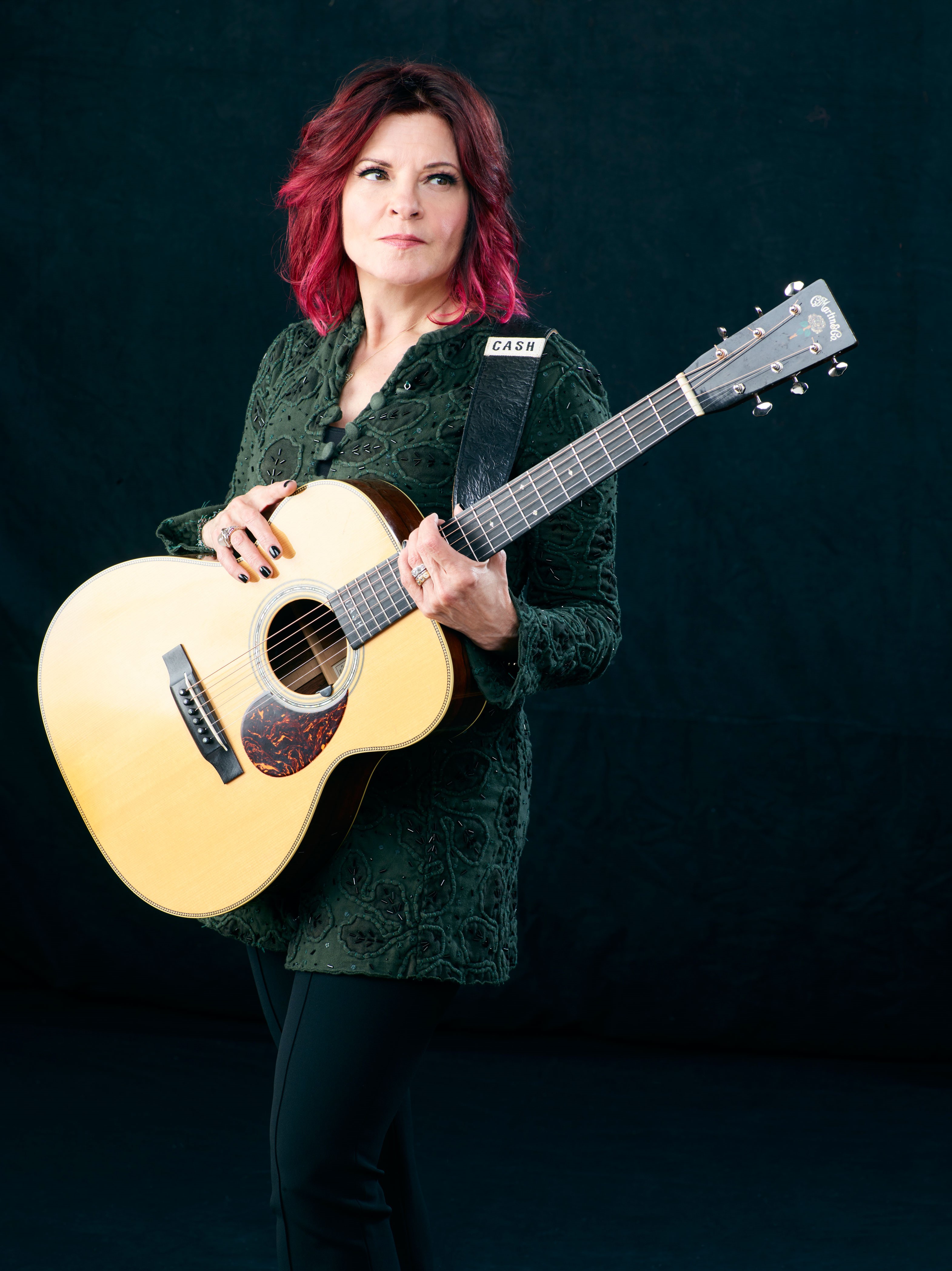 One of the country’s pre-eminent singer/songwriters, Rosanne Cash has released 15 albums of extraordinary songs that have earned four Grammy Awards and 11 nominations.  Additionally, she has 21 Top 40 hits, including 11 No. 1 singles.

Cash also is an author whose four books include the best-selling memoir Composed, which the Chicago Tribune called “one of the best accounts of an American life you’ll likely ever read.” Her essays have appeared in The New York Times, Rolling Stone, Oxford-American, The Nation and many more print and online publications. In addition to regular touring, Cash has partnered in programming collaborations with Carnegie Hall, Lincoln Center, San Francisco Jazz, Minnesota Orchestra and The Library of Congress.

In September 2018, she was the recipient of the Americana Association’s “Spirit of Americana Free Speech Award.” She was awarded the SAG/AFTRA Lifetime Achievement award for Sound Recordings in 2012 and received the 2014 Smithsonian Ingenuity Award in the Performing Arts. Cash was chosen as a Perspective Series artist at Carnegie Hall for the 2015-16 season, where she curated a series of American roots music, including her own performance. She has continued her association with Carnegie Hall as a Creative Partner since 2017.  She also served as 2015 Artist-in-Residence at the Country Music Hall of Fame and Museum in Nashville and was inducted into the Nashville Songwriters’ Hall of Fame that same year.

This year marks the tenth anniversary of her landmark album, The List, which won the Americana Music Award for Best Album of the Year.  The album is based on a list of songs her father made for her in 1973, which he called “100 Essential Country Songs,” to teach her about the art of songwriting and educate her about her Southern roots and musical legacy.

Her 2014 album, The River and the Thread, evokes a kaleidoscopic examination of the geographic, emotional, musical and historic landscape of the American South.  A collaboration with husband/co-writer/producer and arranger John Leventhal, the album garnered worldwide acclaim and won three Grammy Awards in 2015.

She is currently writing the lyrics for a musical with John Leventhal, composer, and John Weidman, book writer.

Her new album, She Remembers Everything, is another collection of original songs (10). John Leventhal produced half the album and Tucker Martine (The Decemberists, My Morning Jacket, Mavis Staples, Neko Case) produced the other half. It was released in November of 2018 to critical acclaim and was listed on a number of 2018 Top 10 lists, including The New York Times, Los Angeles Times and NPR Music. She has been on tour since its release. 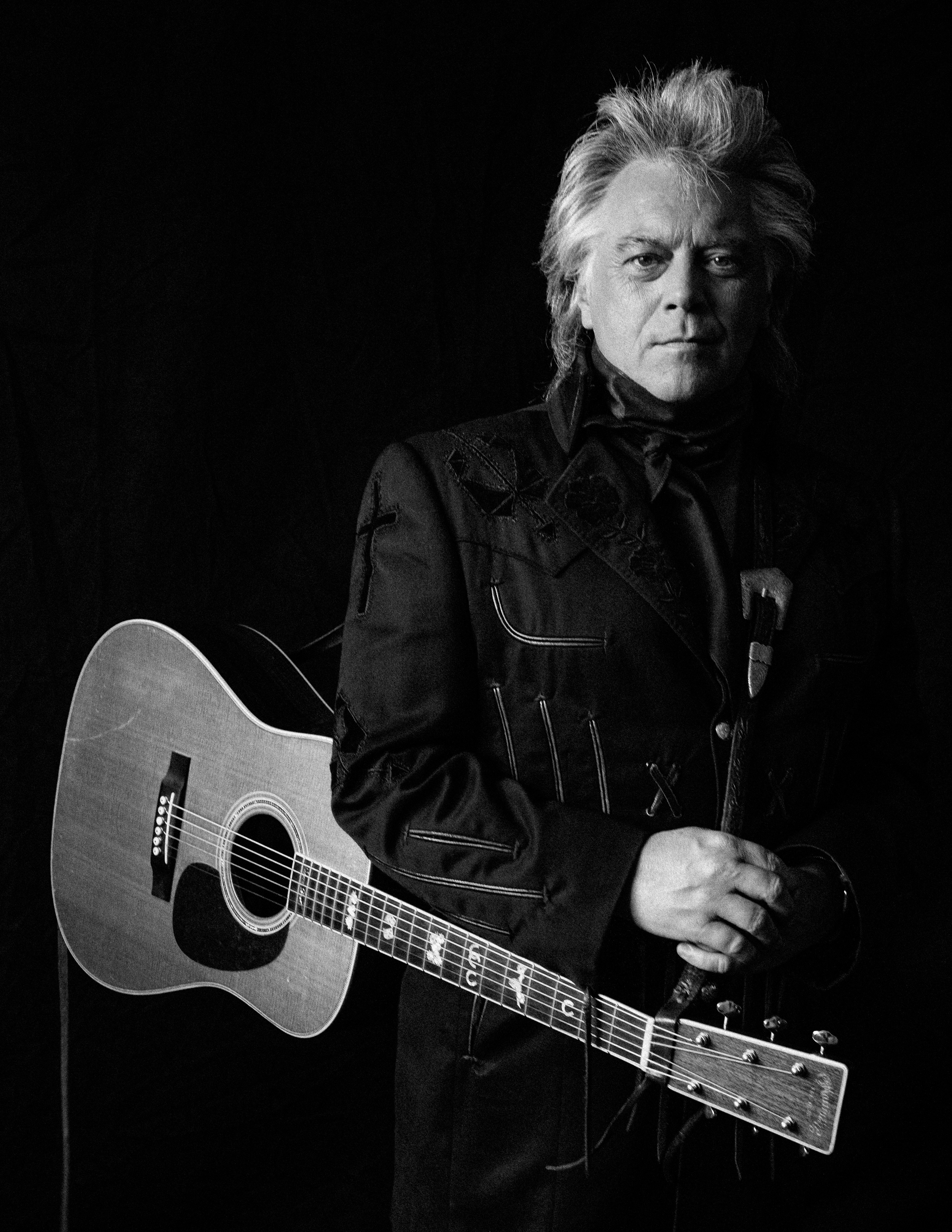 His career began at age twelve when he started playing mandolin with the bluegrass group The Sullivan Family. He then moved to Nashville to join Lester Flatt & the Nashville Grass at the Grand Ole Opry. After Flatt’s passing, Stuart landed a job performing with the Johnny Cash band. After more than six years with Cash, Stuart put together his own band.

Stuart is an eclectic performer, transitioning between honky-tonk, rockabilly, traditional country and bluegrass. He is considered one of country music’s most historically minded “new” traditionalists, recording and releasing relevant music that honors country’s rich legacy while advancing it into the future.

Rolling Stone magazine calls him one of the top country music artists of all time.

His 18th studio album, Way Out West, solidifies Stuart’s widespread acclaim as a visionary artist. Released in 2017, National Public Radio praised it an “album-length paean to the myth and magic of the American West.”

Along with his career as a musician, Stuart is a longtime advocate for the preservation of country music’s rich history. Plans were announced early this year for his Congress of Country Music to be built in his hometown of Philadelphia, Mississippi.  The project will include a concert venue, museum and the Marty Stuart Center, an educational facility where students can learn about the wide array of available careers in the music industry.

Stuart’s personal collection includes more than 20,000 country music-related artifacts, including the last portrait of Cash (taken by Stuart four days before Cash died).  His collection of musical artifacts and photography was exhibited at the Tennessee State Museum in 2007 as “Sparkle & Twang: Marty Stuart’s American Musical Odyssey.” The exhibit later appeared at the Rock and Roll Hall of Fame and Museum in Cleveland, Ohio, and at the Arkansas Statehouse Museum. In 2018, Stuart co-curated, along with the Grammy Museum, an exhibit at the Woody Guthrie Center in Tulsa, Oklahoma, entitled “Marty Stuart’s Way Out West: A Country Music Odyssey.”

Stuart is host of The Marty Stuart Show on cable’s RFD-TV and also hosts a Late Night Jam at The Ryman, a yearly tradition which kicks off the CMA Music Festival. 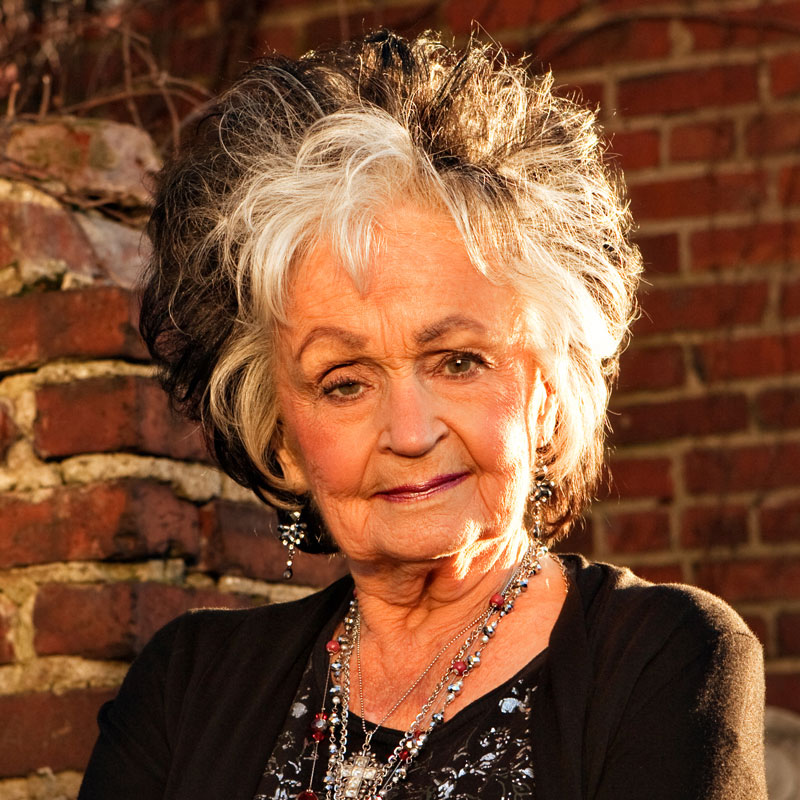 Joanne Cash is the sixth of seven children in the Cash family. While working in the 1970s at House of Cash, her brother’s famed recording studio, office space and museum, Joanne became involved with singing at church and began singing at the Grand Ole Opry on Fridays from 1972-76 with Jimmy Rodgers Snow’s “Grand Ole Gospel Time.”

Joanne, who has recorded 31 albums, has a gospel music ministry at the Nashville Cowboy Church, which she co-founded with her husband, Dr. Harry Yates. She still sings there each Sunday.

She recently released Unbroken, an album of duets with several top artists. One of her songs on the album, “I Am the One,” was recorded with Grammy-nominated country, gospel and soul singer T. Graham Brown, and went to No. 1 in the GTE (Glory Train Entertainment) music magazine’s chart on both the national and international charts and No. 12 in Cashbox Magazine. She also has been nominated for four Arkansas Country Music Awards.

In 2013, Joanne was featured in a documentary film about her life, career and faith called “I Do Believe,” and shared her life through an autobiography, “My Fears are Gone.” She and her husband were inducted into the International Country Gospel Music Hall of Fame. 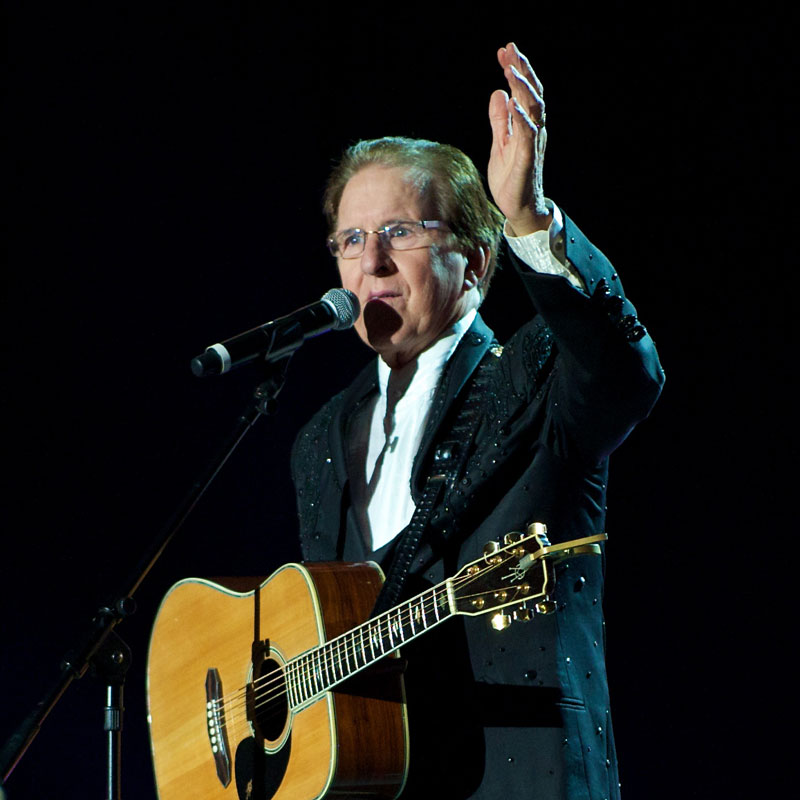 Tommy Cash, the youngest of Johnny Cash’s siblings, formed his first band in high school and enlisted in the Army after graduation, where he was a disc jockey for the American Forces Radio Network.  After his Army service, he played with Hank Williams Jr., and later gained a record deal from Musicor in 1965.

He released his first major album in 1968 through United Artists, followed by six albums on the Epic Label, including his biggest hit, “Six White Horses.”  The song is dedicated to John F. Kennedy, Robert F. Kennedy, and Martin Luther King, Jr.  In 1970, he had two Top Ten singles: “One Song Away” and “Rise and Shine,” and the Top 20 hit, “I Recall a Gypsy Woman.”

Tommy has a background in broadcasting, and his voice has been heard commercially for major brand name clients. In 2016, he played a major role in the film The River Thief.  Tommy has been a guest on NBC, ABC, CBS, TNN (The Nashville Network) and his videos have played on CMT (Country Music Television) and TNN. 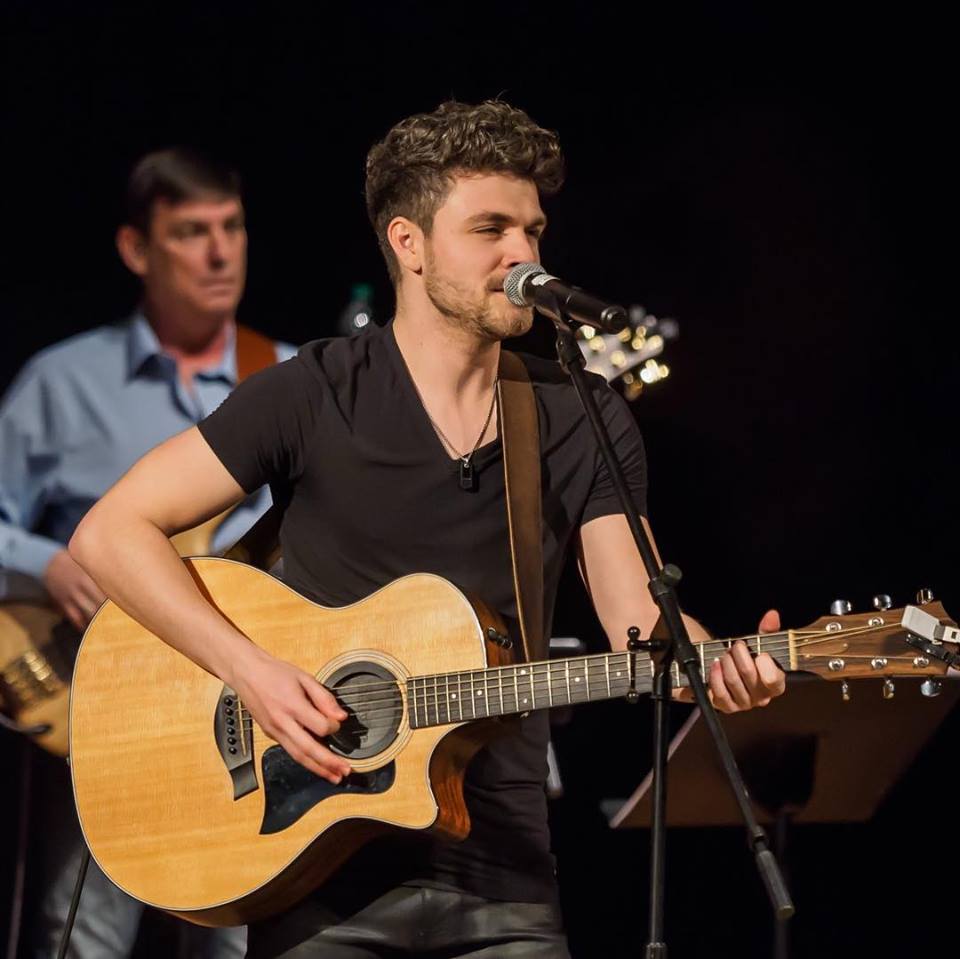 ACMA Artist of the Year

Jackson was born in Jonesboro and grew up in a small rural farm community just outside of Jonesboro, where he attended Westside School District.

One single, “Row by Row,” off the new project was released last summer. The song was written by Jackson and Matt Thomas, a member of Jackson’s band. His second single, which he has writer credit, was released in July 2018, called “Feel Good Happenin’.”

In June 2018, the ACMA awarded Jackson with “Country Artist of the Year.” He also received a top five nomination for Entertainer of the Year, and his video for “Row by Row” was nominated for ACMA Video of the Year. He has again received a top five nomination in the category of “Country Artist of the Year,” with the winner to be announced at the live awards show June 3. Recently, Jackson was named 2019 “Best Vocalist” in the “Best of Northeast Arkansas” sponsored by the Jonesboro Radio Group.